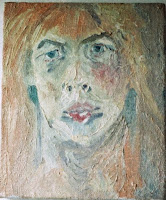 My first memories of really enjoying art were: watching my Mother decorating our home as a child, I developed my love of colour watching her mix and match colours and patterns  She had a great eye for design and this was how she expressed her creative side. Her father was a master carpenter and was very interested in architecture in fact the majority of my mothers family are creative and we have quite a few artists in the family, my Sister is also a painter. I remember an experience as a child when my Father had the job of painting the walls in a room of our home. he allowed my four sisters and I to paint whatever we wanted on the walls, all over the walls, every inch of the walls, before he then painted over it and "tidied" the wall. I always look back on those times as the beginning of my love affair with Art and particularly painting, the physicality of creating art is so important to me. I am a very sentimental artist, I view all art with emotion first thought second. From a very early age I knew I wanted to paint. I was brought up to believe if you could "draw and "paint" you were "gifted" you had been given a gift and as such you were not to waste it. So I planned my life around my Art Education.

I left Ireland for New York after I completed the Leaving Cert as I wanted to study art there. I never thought of Ireland as a home for visual artists, this was back in the late 80'ies and I grew up in a tiny village in west County Wicklow, I don't believe I ever got to see very much art, I had no clue about art history, etc. The type of Art I was exposed to were reproduction pieces of milk maids walking in farm yards being followed by geese or a beautiful Turner type landscape, that was the range of my knowledge. You can imagine the first time I went to the MOMA in New York and stood in front of a Jackson Pollack, a Rothko, I was totally Blown away, even though I had nothing to reference in my mind to help me make the leap from a painting depicting a country landscape to now looking at a Jackson pollack vibrating right in front of me I immediately understood what I was looking at. I experienced a rush of excitement I had found where I belonged and I knew where I was going!!!!  I enrolled in Parsons School of Design and began a two year course in Illustration, I really enjoyed the course but could not fit in, most of the students were carrying portfolio's containing their beautiful illustrations but I was struggling to carry large canvases around the school and on the subways(wet) at rush hour. I realised I needed to paint and when I finished my course in Parsons I enrolled in School of Visual Arts and began a BFA in Fine Arts, Painting.

I loved every second that I spent at SVA and to have the Museums and galleries of New York available to reference the art I was studying was a gift. I had a wonderful experience my last year at SVA I got the opportunity to interview Louise Bourgeois who's work I really admire, from this one visit we became(Friends)I would say and she would probably have said (tolerated) in her strong french accent. I was invited to come to her home and studio most Sundays each week for the rest of that year in school, I feel so lucky to have had those conversations with her and the tours of her studio. Her work had a big impact on mine in New York.


When I graduated I remained in New York but moved to Williamsburg, Brooklyn to find a large space to work in, at that time the rents were very cheap in relation to New York City and a large community of artists moved to the area. I lived and worked with fellow artists and began the creating/showing phase. At this point I understood that the majority of people who would care to see an artists work were other artists. The community of artists in New York is very large and a strong and supportive group. An artist will find inspiration and support from so many artists, but I was so interested in having the general public more involved in art, I came to believe we are all artists and every person has the ability to create, just as the early people did in the caves of Lascaux, they had a story to tell and they picked up charcoal and began to create. In 1992 I got together with a group of artists in the city and we decided to create an event called  Art Around The Park 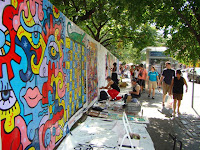 We erected canvas all around the railings of Thompkins square park and invited artists and the general public to come along and paint create what ever they wanted to. It was a great success and a wonderful experience watching a plumber by trade discussing his colour choices with the artist Stephen Westfall or a mom and her young kids working on a painting with Georgia March......I have been thinking allot about this project since being part of the MA in Art and Design Education program at LIT. I would love to develop this project again, keeping it simple and fun to attract the public and then stand back and watch the art develop!!!

In New York during the 90ies I began to meet artists who were experimenting with different media in particular video and computer art....digital we say now. I was given the opportunity to work for a video production studio in Frankfurt and decided to move there. I continued to paint but most of my time was taken up working on video production and I learnt quite a bit. One day a letter came from Stephen Spielberg asking all video production companies to work for a foundation called the Shoah Foundation. The objective of the Shoah Foundation was to create a video library documenting the stories of the Jewish people who survived the second world war, the concentration camps etc. I had to travel throughout Germany filming interviews of people who survived the holocaust  All of the Interviews can be viewed in the Smithsonian in Washington DC in a video library. I have to say this experience had a profound impact on me, the fragility of life and how a simple decision of making a left or right turn could mean death or life, My paintings were very much influenced by the stories I heard. I did allot of work on how we nurture our world through death no matter how horrific, that no death is in vain and we influence the world even in death, I needed to feel that even those who died were survivors in some way. 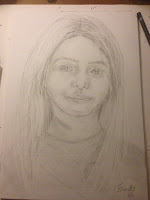 I returned to Ireland and started a company in Dublin. I sold media, editing equipment to the video and film production companies here. After about 18 months I decided to move to Kerry and start a family. I began to find it more difficult to focus on painting or even making time to go and see an art show while caring for my young family. I had lost my community, the community that had provided so much support which for me was made up of artists and other people I could share my ideas with and draw inspiration from. I really came to understand the importance of the support that I had, before returning to Ireland. I remember reflecting on my time in New York and came to realise that I had not achieved going to New York, training to become an artist, working on shows and projects on my own!!! It was a kind of collaboration I only achieved these things by being in a community of other artists and like minded people.

So while "alone" in this rural town here in Kerry I began to not paint as much I began to not talk about art, I stopped completely I craved the world I had left behind me, I craved the support, the encouragement I took for granted. I felt like I was alone on an Island uninhabited. When I decided to teach Art about 2 years ago I started to come alive again even though I was talking to 4 year olds about Andy Warhol and having them draw his famous red cat, or showing them all the colours Monet used. I was starting to talk about art again and I had a captive audience they were excited about what I had to say. I began to create work again and somehow made my way to this course, I feel like I am just crawling out of the water on to dry land and starting to look up and see other people on the shore waiting for me, even though those people are in digital form its still a community......I learnt the value of a community its the beating heart of my work.

What I am focused on now: Currently my focus is on experimenting with different media I will try anything and see what happens!! The process of having the media I work with has a major influence on the out come of the final piece of art work is fascinating to me, I have witnessed this when teaching very young children art, their response to the different media and materials they use has a positive outcome on the work they produce, they feel so positive about the work they create. They have no expectations of what a piece of charcoal will do, for most it is the first time they use the materials, charcoal, acrylics watercolor and they feel so liberated, just as I did when I was a child being given a golden ticket for a day to paint on the walls in a room before my dad painted it. I am sure there is also an element of me trying to find a footing and a starting point for a body of work. At the moment I am uncertain what way to go, but at least I am working. I will continue to experiment with different media and continue to become involved in a community filled with Artists, Creators, Consumers, Students........my community! 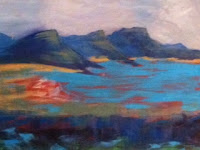 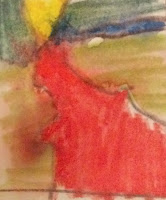 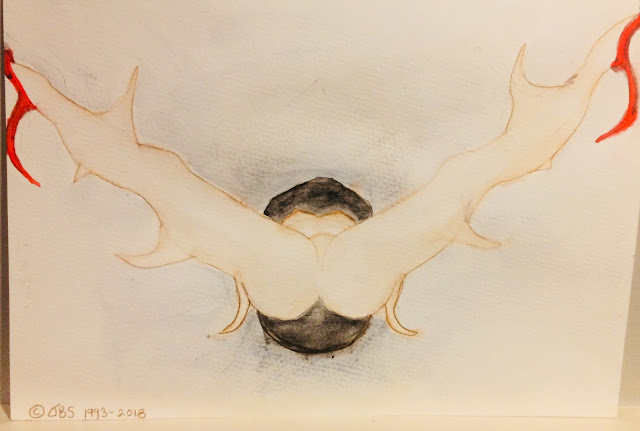